The road to CHIMERA passes by GSI 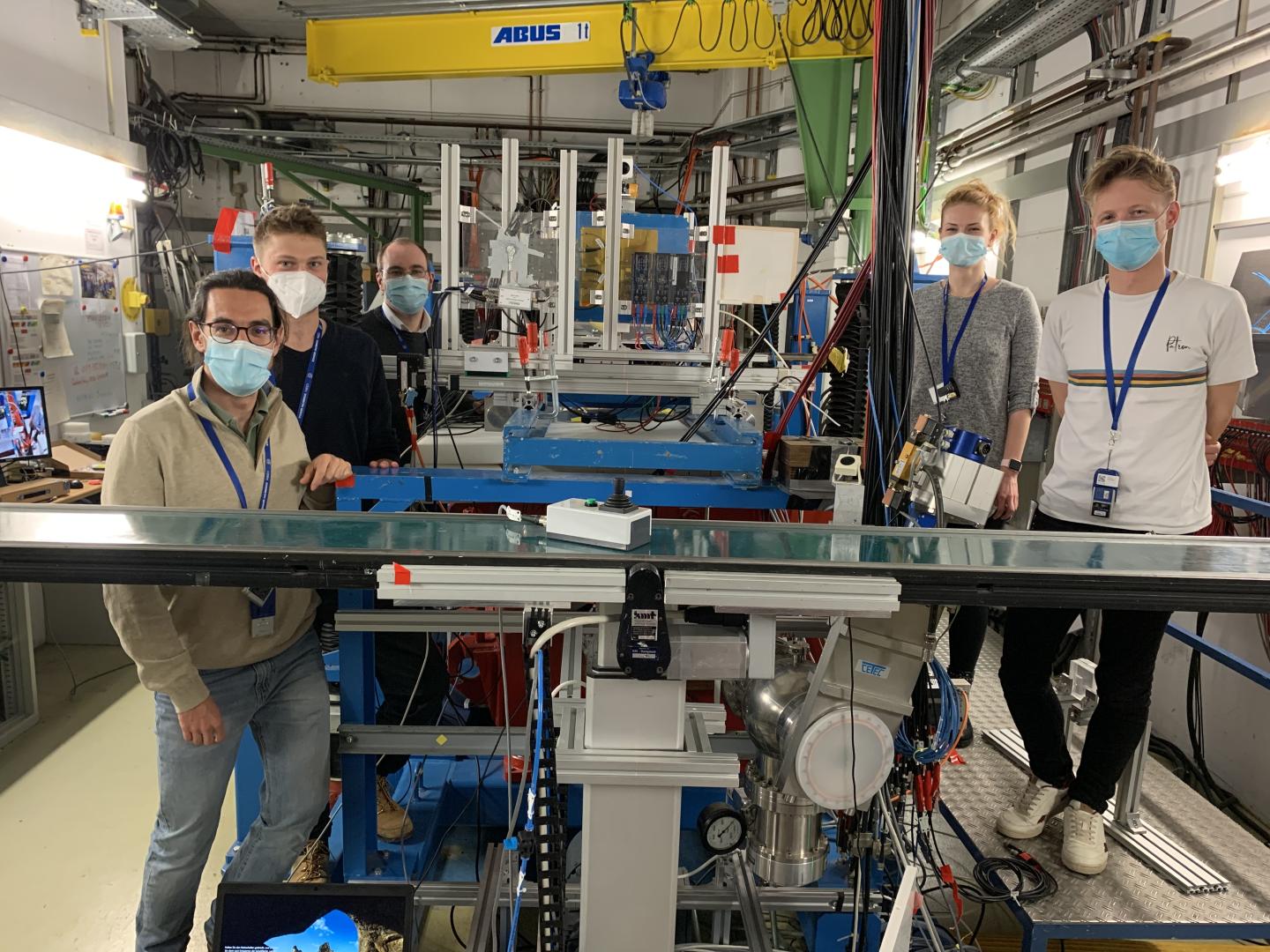 The R2E team in SY-STI-BMI held a test campaign at GSI (Darmstadt, Germany) on April 6th-8th that was funded by the RADNEXT TA scheme. The SIS18 synchrotron accelerator at GSI can accelerate any ion species (from H to U) in an energy range of > 100 MeV/n and typically below 1 GeV/n. Therefore, it is currently the only European facility that is capable of mimicking galactic cosmic rays for electronics testing. The context of the study was to collect data relevant for the current and future development of a similar facility at CERN to be realized in CHARM through the CHIMERA project. For this test campaign, the selected ion was U with primary energies of 150-800 MeV/n.

The collected benchmarks regarded three types of setups. Andreas, Kacper and Natalia worked with the Canberra silicon diode. The diode was used to perform measurements of the energy deposited in silicon by U ions of various energy. Other than from the primary ion beam, the test was also repeated using degraders and fragmenters (made of PMMA) for the 800 MeV/n beam meant at either reducing the primary beam energy or producing a beam solely composed of fragments. Both options may be envisaged for the future activity of CHIMERA with Pb ions. The data were and will be further compared with FLUKA simulations.

A second setup was based on three different commercial setups and was tested by Andrea. The three SRAMs were the ISSI 40 nm and the Cypress 65 nm, for which a large amount of data from lower energy ions was available, and the Renesas 110 nm, which is a novel SRAM, that has shown to be quite tolerant to SEUs. The scope of the test was not only to collect data for the CHIMERA benchmark, but also to analyze the differences in SEUs and MCUs produced by low- and high-energy ions with same LET.

The third setup employed was based on IR commercial MOSFETs that were tested by Mario against SEB and SEGR. The test scope was similar to that of SRAMs, i.e., collecting data for comparison with CHIMERA as well with lower energy ions with same LET.

The data collected during this test campaign will also feed into publications to the upcoming conferences. The R2E team is willing to thank Marco Durante, Tim Wagner, Christoph Schuy and all other GSI collaborators for their outstanding support throughout test preparation and execution as well as the RADNEXT TA for the opportunity to exploit this beam.

Submitted by Marco Durante 5 months ago

It was very nice to have you at GSI - thank you and good luck! Marco Durante